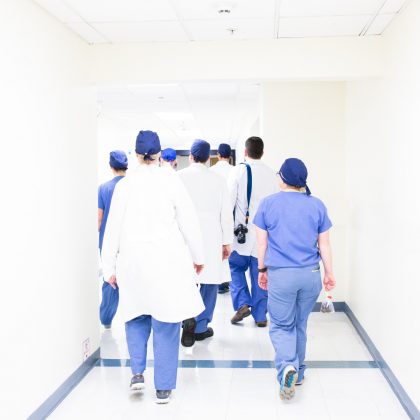 The existing bed/passenger lift within the main hospital had reached the end of its useful life and being a hydraulic lift was using a large amount of power.

Following a tender process, Guideline Lift Services secured the contract for the complete replacement of the lift with an electric traction machine room-less lift including removal of the existing lift and completion of all associated building works.

We were appointed as principal contractor under the CDM regulations. The new bed/passenger lift was equipped with evacuation facilities for use in the event of an emergency.

The client has benefited from considerable cost savings due to variable frequency technology and energy saving lighting. The project was completed within budget and on time to satisfaction of the project team.

Guideline was called in to help with a project for Chanel London, the building was being modernised and the client requested a robust lift to suit the demands of an high end fashion store.
View

Guideline Lifts helped to install, update and refurbish the existing lift for the Royal Borough of Kensington and Chelsea as their equipment that was currently installed needed updating & coming to the end of its life cycle.
View

We successfully tendered for the replacement of a conventional 8 car group supervisory based call management system, with a Hall Call Destination system, together with the maintenance of all lifts within the building against formidable opposition, including major multi-national companies.
View

Lift 11 in the Royal Garden Hotel is an essential goods lift for the hotel and is used for major deliveries servicing the hotels functions and exhibitions.
View

Guideline lifts secured the contract for the replacement of two original 1930’s passenger lifts with modern machine room-less passenger lifts, which were specifically designed to compliment the “Art-Deco” style of the building.
View